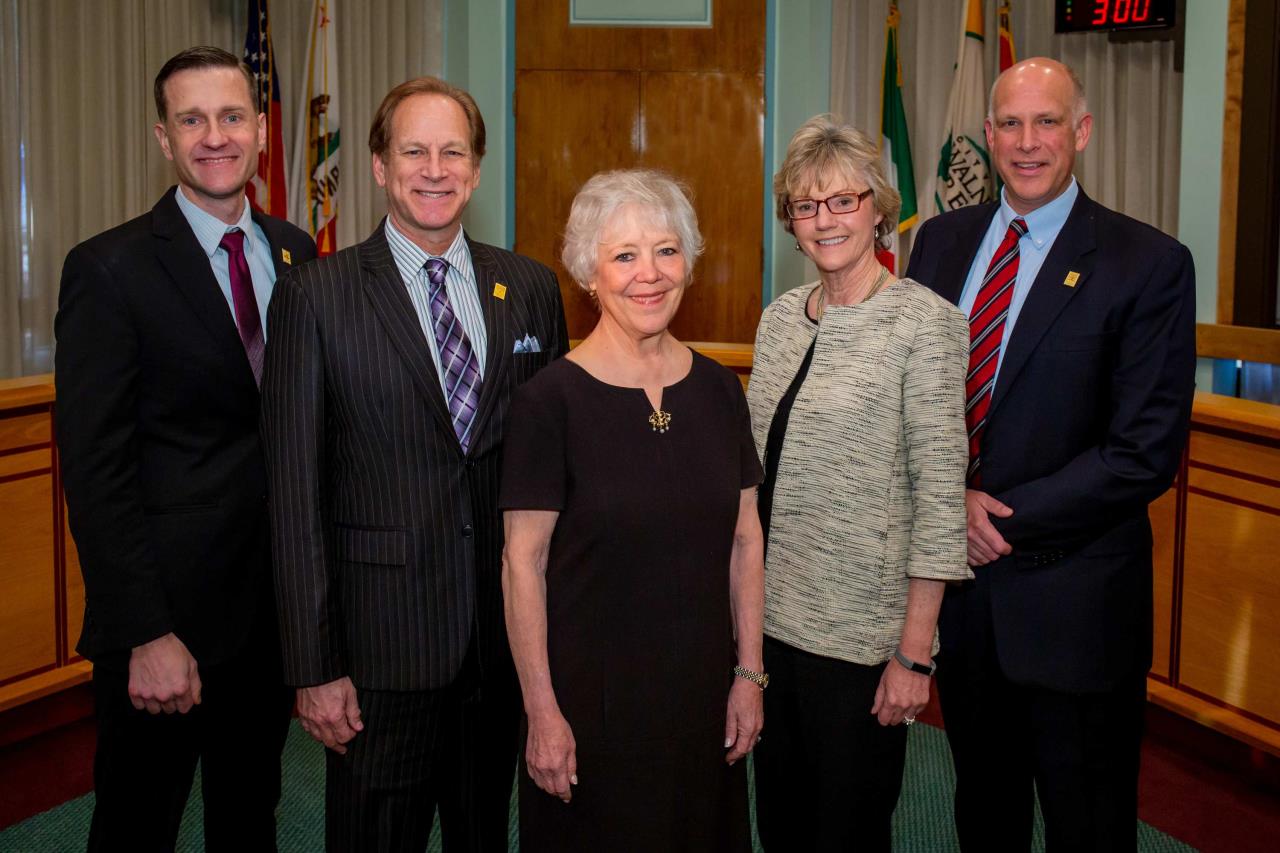 The City of Walnut Creek has five Council members. They are elected at large for 4-year, staggered terms; elections are held in November of each even-numbered year. The Mayor, who was selected on December 3, 2019, is Loella Haskew; she will serve as Mayor until December of 2020.  Kevin Wilk is serving as the Mayor Pro Tem.

The City Council will be focused on four major issues in the coming years. Read the priorities here.

The City Council adopts a legislative platform each year to serve as a framework for State advocacy efforts. The City employs a lobbyist, Townsend Public Affairs (TPA) to act as the voice for the City of Walnut Creek on all State legislation. TPA uses the legislative platform as their guide for advocacy.

Council meetings are held the first and third Tuesday of each month at 6 p.m. in the Council Chamber at City Hall, 1666 North Main Street. For meeting agendas and minutes, click here.

In addition, meetings are streamed live and archived on our Public Meetings page.

How to meet with the Mayor